Join us on a tour to find flora and fauna in unexpected places! Learn how to use the Questagame app to record your sightings.

We are standing on the traditional lands of the Wurundjeri people who have lived in this area for more than 60,000 years. Pre white settlement this was grassy woodland, rich in wildlife with Red Gums and Yellow Box trees.

Plane Tree (Tsubu Courtyard). The tree is on the National Trust Significant Tree Register for its outstanding height, spread, trunk girth and form.

Designed by eminent landscape architect Ellis Stones, this “most important extant example of Ellis' rockwork, certainly in a public place” was finished only two years before Ellis died in 1975.

It was becoming straggly and unattractive in the last few years so it was completely overhauled and replanted in the spirit of the designer's intentions and is now flourishing again! 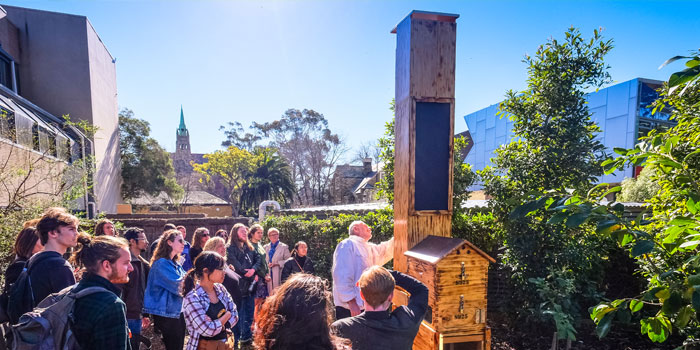